While working at the Applied Motion Lab, I had to deal with training time series data, and I thought it would be a good idea to incorporate attention mechanism to my models. So I wrote a encoder-decoder network with attention mechanism, running on a toy dataset to test it out.

The dataset I created was very simple, I will feed a series of number to a RNN one by one, and the model will have to output either the exact same sequence, or the sequence in reverse order. In particular, if my input is:

Then the output will be:

I implemented two sequence models, one with attention and one without. The model without attention performs relatively good until the length of the sequence hits 20, at which attention completely outperforms it. 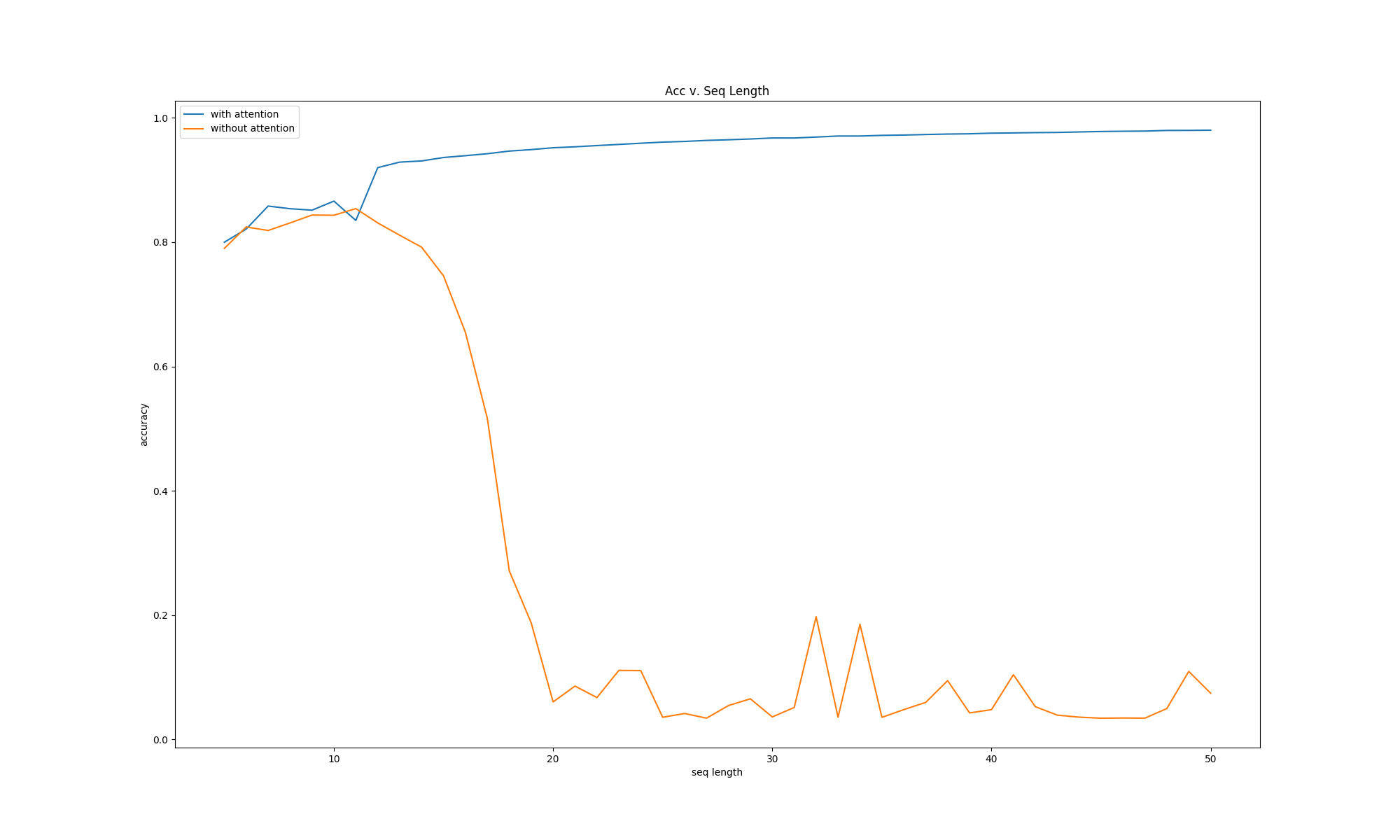 I also drawed a heat map of the attention model, to see at each point, what input hidden state it pays attention to when output a particular number.

We can see that it pays attention to the exact number from the input in each output step.